So far, I’ve already been harassed by my coworker about no internet month, since I’m using the internet for work purposes (email, file sharing, etc). Well that’s an exception of course. I can’t NOT do my job. I felt I was pretty clear 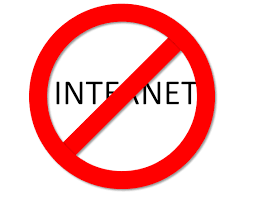 there were exceptions when I posted on social media? haha. Anyway, It’s been not so bad this morning. I’m getting stuff done. Will report back soon.

Well, it’s been a full week of no internet for most things, other than exceptions. My coworker has already given up the fight. Anyway, I must say, I have a noticed increase in productivity this week, especially in the evenings. I’ve made a few new recipes for meal prep, done a bit of reading (an actual book, with pages. Amazing!) Despite the fact that I’m not using internet, I am finding it very difficult to break the habit of looking at my phone. What do I do on there, you ask? 1. check stats on my new fitbit. It has steps! It has heart rate! It has sleep tracking! Riveting stuff, when you have nothing else to look at. I also am allowed to check the weather. I’m getting REALLY GOOD at that.

I decided to download the Duolingo app to start working on my French training. They’ve done some upgrades and I pretty much had to start from scratch, despite having used the app before. Also, they added advertisements. Kind of lame, but I get it. Duolingo has been free and awesome FOREVER, so it’s probably overdue for some kind of revenue generation. Did you know you can now learn High Valyrian?

I’ve become completely obsessed with Duolingo to learn French, since there’s nothing else to do except read and check the weather on my phone. I exceed my minimum XP daily to maintain my daily streak. The owl is haunting my dreams.

I broke my Netflix fast because I’ve been sick ALL WEEKEND and had to stay home sick today as well. I got bored out of my skull and super-tired of reading, and watched several episodes of Brooklyn 99. The plan is to resume the Neflix fast on Tuesday.

I had to add another exception to my list internet exceptions. I spent most of yesterday obsessively watching the Notre Dame Cathedral roof burn on TV (regular TV is allowed, just not Netflix or online videos). Anyway, I had to check in the daylight today to see how much damage their was after the fire. I was happy to see that many rose windows survived. I hope the rebuild goes well.

Things have gotten a bit dicey. Here’s the thing. I installed the Facebook app on my phone to sell a few things a couple of days ago. Well, I had 72 notifications when I logged in! (I didn’t check them though). Anyway, when I add something for sale, I have to open the app to see if the item has been commented upon, resulting in me having to look at the top entry in my news feed. I’ve accidentally started scrolling a few times already. AAARRRRGGGGG. Also I may have watched another episode of Brooklyn 99 over the long weekend. This is hard.

I deleted the darn Facebook app! These days, people usually send a direct message if they want to buy something anyway, so I’m hoping I won’t miss notifications. I just cannot risk any more accidental scrolling. On the bright side, I’ve reached my longest streak ever on Duolingo, and my French is getting better. Incroyable, mes amis!

Things are going well today. I have found that I don’t really miss social media at all, but I do miss being able to google random things. Like, “What is that actor’s name that I can’t think of?” and “Where can I recycle old cell phones?” Did some more reading which has been quite satisfying.

I had to cheat a bit over the last day or so due to major flooding in and around my town. There were a number of roads that had to be closed, and Hubs and I were both impacted by this during our morning commutes. Fortunately we can usually get quick updates via our Emergency Measures Twitter account (consequently, a quick twitter visit is required). Never thought to add “Can I drive to work the normal way” as an exception!)

Despite the fact that I don’t miss social media, i’m pretty excited about spending ALL DAY tomorrow scrolling Facebook, Instagram, Twitter, Pinterest, and Reddit. HAHA! Kidding, although I will definitely pop on and try to catch up a bit. I also plan to maintain my Duolingo streak despite the fact that I’m back to the normal life tomorrow.